Banff is a picturesque little town in the province of Alberta, located within Banff National Park. The peaks of Mt. Rundle and Mt. Cascade, part of the Rocky Mountains, dominate its skyline. On Banff Avenue, the main thoroughfare, boutiques and restaurants mix with château-style hotels and souvenir shops. The surrounding 6,500 square kilometres of parkland are home to wildlife including elk and grizzly bears. ― Google 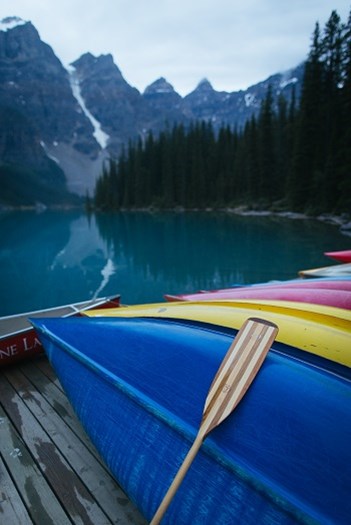 A Little Bit of Banff History: